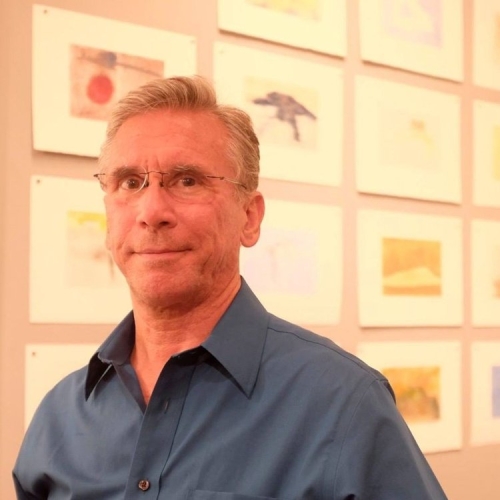 Phil founded Arundel Books in 1984 to publish a book by Zane Grey titled The Western Motion Picture, which was printed by Harry Reese of Turkey Press. He acquired a Vandercook SP-15 cyclinder proof press, and began printing books and broadsides letterpress.

In 1987, Arundel Books became a full time business for Phil, and he added mail order bookselling to his printing and publishing activities. The first retail location was opened in Los Angeles in 1987, Seattle was added in 1995.

Over the past quarter century, Phil has been involved in most aspects of the book business, including work as appraiser of books and manuscripts, bookseller, editor, printer & publisher, and as an active defender of privacy rights for bookstore customers. Although the book business has been Phil's principal focus, he also long pursued an interest in soccer and politics. Phil was also the custodian of the world's most distinguished cat, M. Hercule Poirot, aka "Mr. P." Meet "Mr. P."  Phil for many years pursued the title of 'America's Leading Conservative Humorist', long vacant. 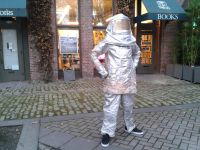 Dean, our fire-masked wonder, is Arundel's Science Fiction, Fantasy, Zombie Apocalypse, and snowboarding expert. Half bookworm, half superman, he's the one who gets everything done. 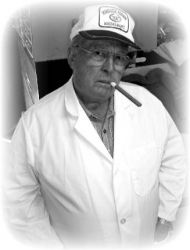 Lou is our Senior Warehouseman, and has been working with us pretty much since we started. A former US Navy Chief Petty Officer, and Machinist's Union Shop Foreman, Lou has the kind of bare-knuckled common sense approach to work that gets the job done, and has a heart of gold.

Lou's raspy voice is, he claims, the product of years trying to shout some sense into the heads of 'dim-witted swabbies who aren't safe gargling with salt water much less trying to float on it', fumble-fingered machinist's apprentices who had 'trouble working a phone much less a lathe', and bookstore managers who 'can't keep time much less a shop'.

Widely experienced and a master of the colorful metaphor, Lou always has time to chat and set you straight. If you don't want the real answer - don't ask the question.

Lou is an avid reader whose taste, influenced by his Navy days and extensive sailing experience, runs to seafaring tales. Among his favorites are Patrick O'Brian, Alexander Kent, Dudley Pope, C. S. Forester, and Dewey Lambdin. Click on their names to see our current stock of books.

Lou can build just about anything, is a gourmet cook who is reputed to spoil his wife rotten, and never lights those cheap cigars he is always chewing on. 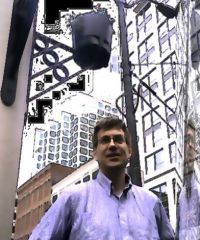 Gregg started as the IT Manager of all our operations, and moved on to conceive and develope the internal software and analytics that makes everything work for us. Except for our website, which is provided by the awesome folks at Ammonet, Gregg has been responsible for everything.

A graduate of the UW, Gregg is an avid swimmer who is active in community groups. He reads extensively in the area of philosophy, economics, and contemporary politics.

Gregg has often been heard to say that his greatest influence has been the Red Green show, which has helped him to develop a profound respect for duct tape and the word 'handy'. Many of his jokes display a faint influence of "Monte Python", and it is rumored that he served several years as a volunteer in Foreign Auxiliary of the Flying Circus.